Back to Senior Staff 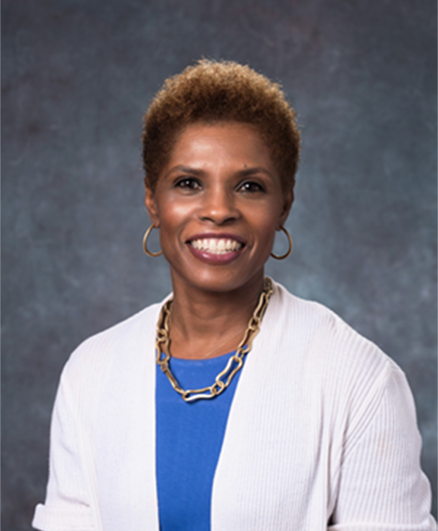 Mrs. Valarie Wilson joined the Georgia School Boards Association in the summer of 2015 as its fifth Executive Director.
Mrs. Wilson was elected to the school board of the City Schools of Decatur in 2002 and became the moving force behind the establishment of the College Heights Early Childhood Learning Center, acting on research that shows that early childhood education is critical to success in the K-12 years.

As Decatur City Schools Board Chair from 2005-2011, Mrs. Wilson along with the other members of the board, helped to turn around the finances of the district. Through reorganization, the district was able to move forward during the recession with no teacher furloughs or shortening of the school year.

Mrs. Wilson joined the board of the Georgia School Boards Association in 2009 and was its president in 2012-2013. She helped create the Georgia Vision Project, an educational framework for boards that included input from board members, superintendents, teachers, teaching colleges, elected officials, parents and students. Over 80 percent of the state’s school boards have agreed to support the Vision Project’s recommendations.

As GSBA president, Mrs. Wilson was involved in leading the association and improving the grassroots network in influencing statewide policy. She has also served on Governor Deal’s Education Advisory Board and was a member of the Decatur Education Foundation.

Mrs. Wilson was the Executive Director of the Atlanta BeltLine Partnership, Inc. and Director of the Human
Services Department in Fulton County, responsible for an annual budget of $26 million and directing programs that serve the elderly, children and youth. She has also been Director of Fulton County’s Office of Aging.

In 2014, Mrs. Wilson ran for the Office of State School Superintendent.